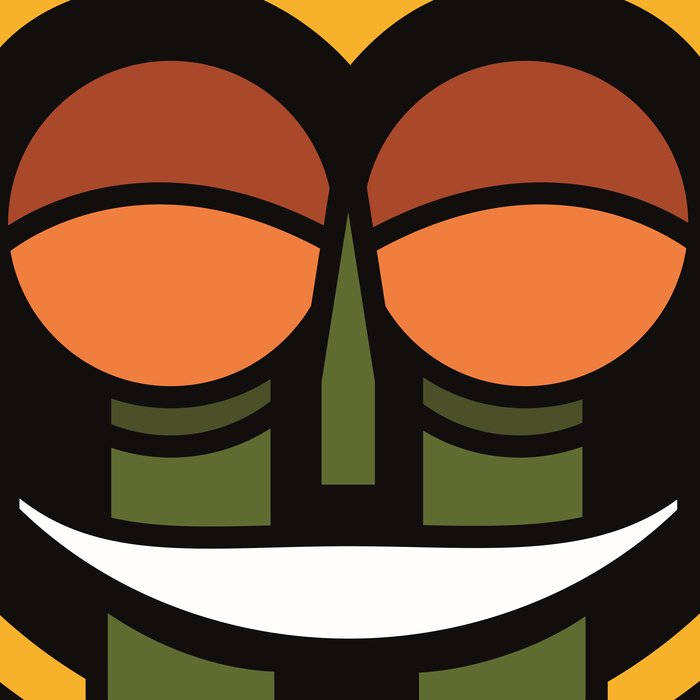 Rocky Marsiano, aka, D-Mars Dopeness all over this release. Really looking forward to more.

After two years of playing in multiple venues in Paris and across France, Mawimbi is now a label. MWB001 is a 4-tracker 12 inch record and 9-track digital compilation focusing on various expressions of the afro-centric musical influence in modern club music.

The compilation opens with « Ketjak » by Parisian producer Loâzo, a mysterious afro-electronica journey built around a koto loop, starting with a rather goofy asbtract hip-hop beat before pushing things up to 110bpm and building up a climax with its shouting vocals and distorted techno drum patterns.

Adventurous DJs are not forgotten! With “Tambores Escondidos”, Uruguayan producer Lechuga Zafiro delivers a perfect modern club track, all stop-and-gos, rhythmic subtleties and other playful effects reminiscent of traditional candomble. Things are heating up as we reach Amsterdam: with the help of a powerful drum loop and two words chanted as a motto, “Mo Fiya” is an unstoppable club track by afro-latin production duo Umoja.

For the aficionados of long and hypnotic DJ sets, "Sogoni Kalimba" is a deep journey into the healing tones of the kalimba by 10 Foot Ballerina, an Atlanta-via-Detroit-via-Berlin native now renewing the links with his ancestry studying music in Windhoek, Namibia. On the other hand, "Afrikaan Beat 2.0" by Parisian producer Jenovah is by no means your generic afro-house track, drawing instead in the best UK bass has to offer while taking it to the next level with typical afrobeat drum patterns and ghetto house chopped-up vocals. A tribute to the mesmerizing power of the drum, here described as the true essence of the African musical soul, “The Drum” by London producer Hagan is an interesting and detailed take on the South African deep house sound.

« Agama » by Amsterdam based band Umeme Afrorave is a catchy tune with heavy synthesizer sounds, kalimba melodies and aerial vocals all combining into an afro-pop delight thanks to these skillful musicians. A warning to fans: their album will be released this coming month of May via Mawimbi. The compilation closes with « Night Sun », a versatile track by Mawimbi producers, drawing into Malian music, dub and electronic sounds, featuring a handful of fellow musicians : Jackson Thélémaque on guitar on vocals, Atissou Loko on percussion and Daniele Labatte (Umeme Afrorave) on bass.